After the mutiny, “contingent democracy”

Posted on July 3, 2015 by nicholasjoncrane 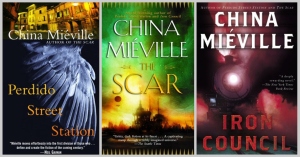 I’m currently reading the second in China Miéville‘s three part Bas-Lag series – Perdido Street Station, The Scar, and Iron Council. As I finished The Scar, about the floating ship-city Armada, I looked up from my page when I read Miéville’s description of a suspension of governable order after a mutiny.

“The truth terrified them [the pirate-bureaucrats who had, until the mutiny, ruled Armada]: in those anarchic hours [after the mutiny] there was no one giving orders. There was no chain of command, no order, no hierarchy, nothing but a rugged, contingent democracy thrown together by the Armadans as they needed it.”

Miéville’s description of contingent democracy finds an echo in Judith Butler’s post-2011 writing on “bodies in alliance,” on which Derek Gregory has reflected in several blog posts (e.g., this one on Butler’s new book) and this 2013 article. Here’s Butler, from a relevant article in the journal of the European Institute for Progressive Cultural Policies, on a time “when the legitimacy of a regime is called into question, but when no new regime has yet come to takes its place.”

Associate Professor of Geography and International Studies at the University of Wyoming
View all posts by nicholasjoncrane →
This entry was posted in Politics. Bookmark the permalink.