‘Immigration, Policing, and the Politics of Time’ in the political geography section of GECO

Posted on April 1, 2020 by nicholasjoncrane 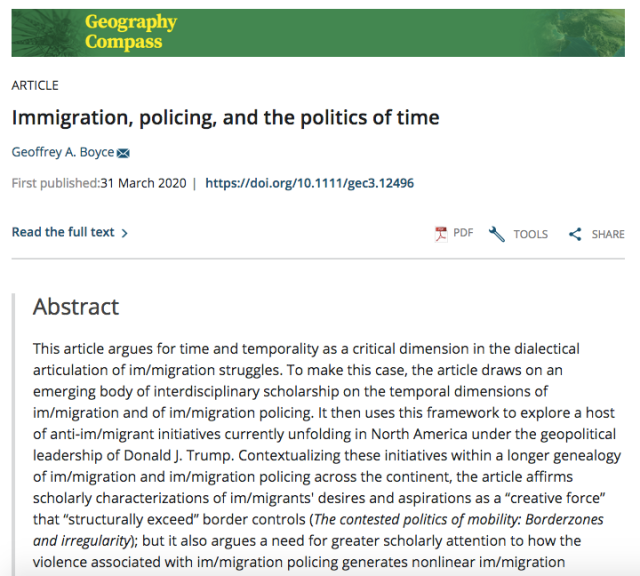 We have recently published Geoff Boyce in the political geography section of Geography Compass, on ‘Immigration, Policing, and the Politics of Time.‘ Geoff’s review article argues for examining the centrality of time to spatialized modes of control in immigration policing. The article would have been a timely contribution even before the outbreak of COVID-19 in the Americas, but it can now be read in light of the ‘deadly consequences’ of maintaining a ‘business as usual’ approach to immigrant detention at the US-Mexico border (link here to the Youth Circulations blog). 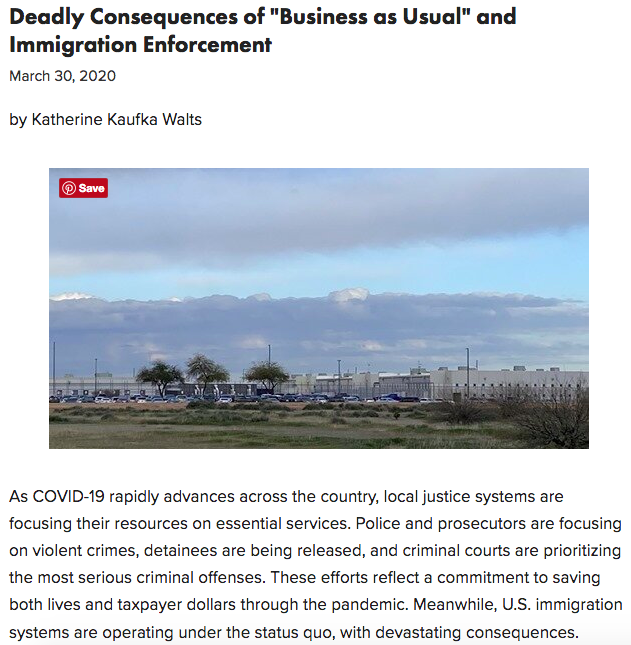 The abstract for Geoff’s article can be found below.

Posted on March 3, 2020 by nicholasjoncrane

Given the centrality of land, territory, and sovereignty to settler colonial formations, it is unsurprising that geographers and other scholars working on such topics are increasingly finding settler colonial studies fruitful in their research agendas. However, work on settler polities in political geography has historically been marked by the present absence of this framework, which has been consequential in terms of circumscribing the kinds of political analysis that geographers can offer. It also limits the nature, depth, and scope of radical critique of violent domination by skirting certain questions about the core drivers of dispossession and responsibility for them. This article examines political geographical engagement (or lack thereof) across each of four themes: population management/governance, territory/sovereignty, consciousness, and narrative, paying particular attention to works which challenge the present absence of settler colonial theory in political geography. We argue that analyzing settler colonial formations as such is essential to conceptualizing their workings and linkages or disjunctures with other forms of empire. Yet this focus also has broader political stakes related to geography’s complicity with racialized state power, violence, and empire, as well as and efforts to decolonize the discipline.

Posted on February 12, 2020 by nicholasjoncrane 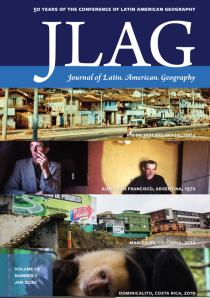 The January 2020 issue of the Journal of Latin American Geography (JLAG) came on the heels of the successful meeting of its parent organization the Conference of Latin American Geography (CLAG) in Antigua, Guatemala, where we were celebrating 50 years of CLAG. The articles in this issue of JLAG extended discussions that occurred at the CLAG conference and that will inform ongoing transformations of the organization and its journal. Some highlights, for me:

This most recent issue includes an introductory essay by Michael Steinberg about 50 years of CLAG, in which he reflects on the communitarian sensibility that characterizes the organization. He also hints at intellectual developments evident in the journal and in the research agendas of CLAG members that promise to productively trouble the object of “Latin Americanist geography.”

As evidence of this, this issue of the journal includes an essay by Joel Correia on the consequences of the organization’s investment in the North/Latin America binary, and the opportunities for engaged, critical scholarship that may emerge from dismantling that separation.

Also significant is Nikolai Alvarado’s essay promoting urban research by CLAGistas, as members of an organization that has apparently (by Alvarado’s survey of the journal since 1972) embraced a Sauerian anti-urban bias in its vision of Latin America. This essay was the inspiration for organizing a panel at the upcoming meeting of the American Association of Geographers, at which we will extend a discussion of promising directions in Latin American urban geography.

Finally, this issue of JLAG includes an essay by John C. Finn, Martha Bell, Jörn Seemann, Gabriela Valdivia, and Eric Carter (translated into Spanish and Portuguese) in which they introduce a new section of the journal, “JLAG in translation.” The authors contextualize their innovation in an epistemological struggle that is structured and constrained in part by the global political economy of academic publishing.

Posted in Critical Human Geography, The Americas | Leave a comment

Posted on February 10, 2020 by nicholasjoncrane

Colleagues from the Freie Universität Berlin, who are affiliated with the School of Politics, Public Affairs, and International Studies at the University of Wyoming are organizing a conference titled Global Leadership Crisis, Rising Inequalities, and Culture Wars: Contestations of the Liberal Script in North America, as part of the work of the SCRIPTS cluster.

The conference will take place in September 13 to 15, 2020, at the University of Wyoming, in Laramie.

More information is available in the flier, below: 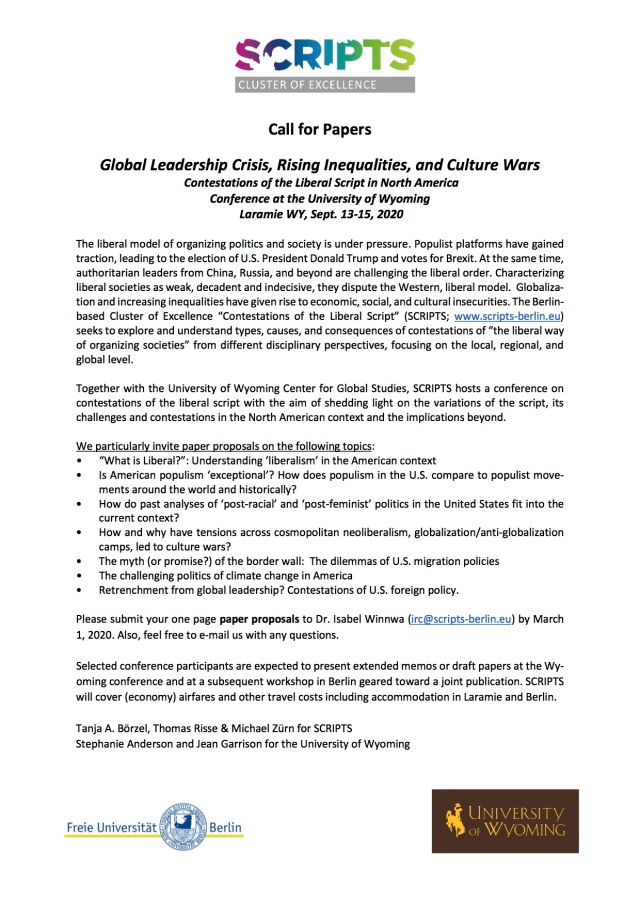 Free access to “‘To see things in an objective light’: the Dakota Access Pipeline and the ongoing construction of settler colonial landscapes”

Posted on January 23, 2020 by nicholasjoncrane 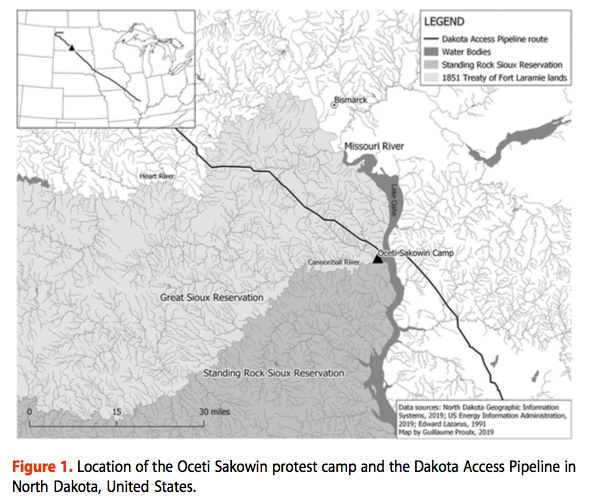 Journal of Cultural Geography is providing free access to my co-authored article with Guillaume Proulx, previously described in this post from last year. The map, above, is part of the article. This work comes from our ongoing collaboration on settler colonial landscapes in North America, from which I will present a paper at the upcoming American Association of Geographers meeting in Denver.

Geography Compass recently published Timur Hammond (Syracuse University) in the political geography section, on the intersection of heritage/memory studies and urban political geography, particularly for making sense of urbanization, the urban form, and the production of urban space in the Middle East. The abstract for ‘Heritage and the Middle East: Cities, power, and memory‘ is below.

In a moment of global urban change, migration, and political transformation, the politics and practices of cultural heritage might seem to have little import. However, this paper argues that focusing on cultural heritage in the Middle East provides two key insights with much broader relevance. First, examining how heritage is made (and unmade) shows one way that regions are constructed through the articulation of material and symbolic connections. Second, these regions might be better understood not as containers but as complexes in and in relation to which people articulate and communicate shared meanings. These insights build upon and extend recent theorizations of cultural geopolitics. In surveying an interdisciplinary body of scholarship on Morocco, Algeria, Libya, Turkey, Egypt, Israel, Lebanon, Saudi Arabia, Iraq, and the Gulf, this article seeks to expand the linkages between geography and Middle East area studies scholarship. It begins by connecting current debates about planetary urbanization in relation to a historiography of the “Middle Eastern city” and suggests that thinking in terms of heritage provides a novel approach for understanding both new and old regional imaginaries. It then highlights three dynamics that make the politics of heritage distinct in this region. It closes with a discussion of the dual role that heritage can play in both contesting and facilitating top‐down projects of dispossession and urban transformation. 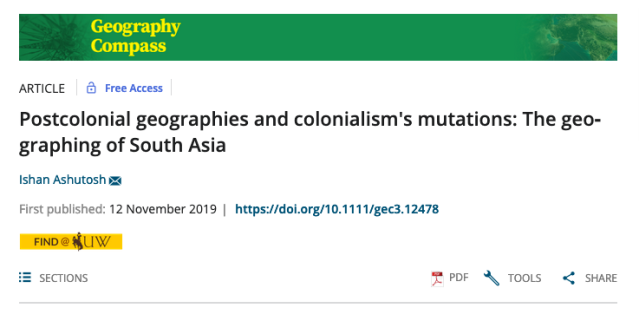 Geography Compass recently published Ishan Ashutosh (Indiana University) in the political geography section, on the enduring relevance of scholarship at the intersection of post-colonial theory and political geography for understanding dynamics in our contemporary world, in this case, in South Asia. The abstract for ‘Postcolonial geographies and colonialism’s mutations: The geo‐graphing of South Asia‘ is below.

This article builds on postcolonial geography’s concepts of imaginative geographies, worlding, and subaltern geopolitics by applying them to an examination of South Asia’s regional formation in the mid‐20th century. Following a review of debates in postcolonial geography, I analyze the mutations of colonialism as they shaped the dynamics of South Asia in the wake of formal decolonization. First, the Indian subcontinent’s partition inscribed colonial knowledge onto the imaginative geographies of postcolonial nation‐states. Second, South Asia was symptomatic of the Cold War’s process of worlding, as reflected in the division of global space and the forms of knowledge generated by American area studies. Third, decolonization and postcolonial migrations provided subaltern geopolitical configurations of the region in tension with the nation‐state. This analysis emphasizes postcolonial geography’s value in tracking colonialism’s shifts across networks of empire and in the passage from anticolonial movements to postcolonial state territorialization. 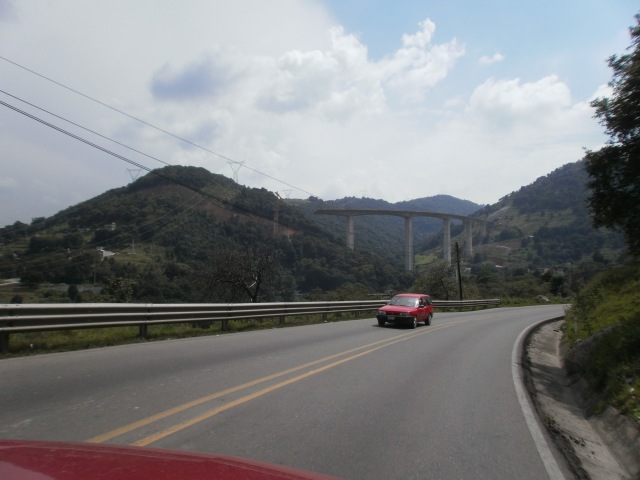 Political Geography is providing free access to my guest editorial with Oliver  Hernández Lara, previously described in this post from earlier this year, which emerges from our work on ‘landscapes of disappearance’ in the Mexico City urban region.

Geography Awareness Week at University of Wyoming, with keynote talk by Bradley Garrett

Posted on November 12, 2019 by nicholasjoncrane

The Geography Club at the University of Wyoming has organized a week of programming for Geography Awareness Week. The national theme this year is “Inspiring the Spirit of Exploration.” Our work at UW complements that theme. A flier for our week of events can be found below. 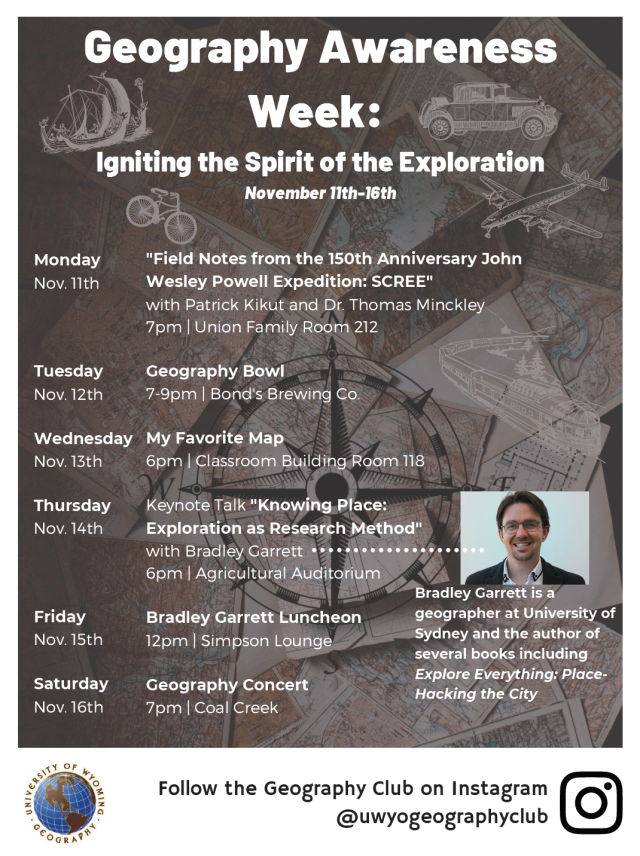 Notable this year is a keynote talk by Bradley Garrett, the author of several books including Explore Everything. 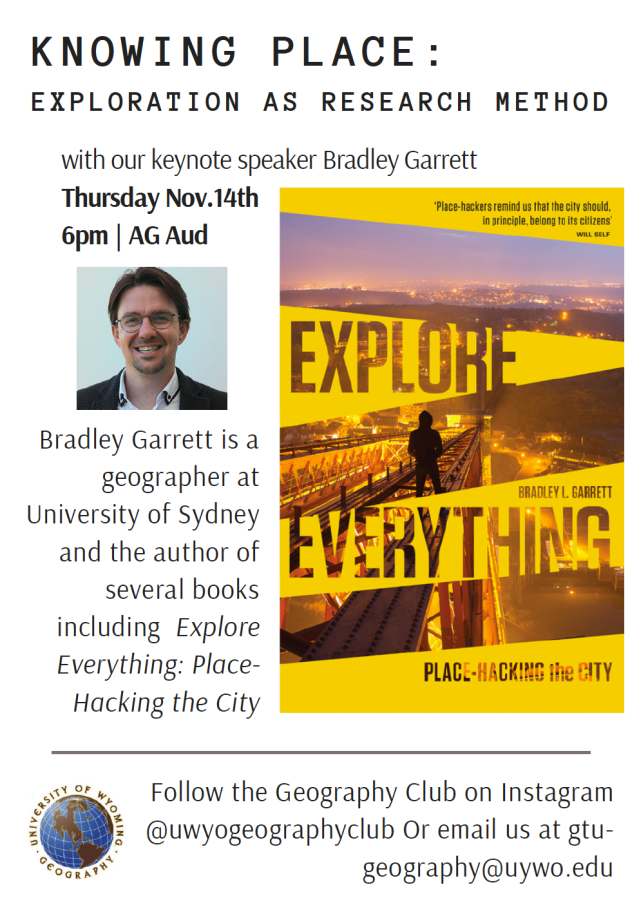 Our co-authored chapter on placemaking and location-based mobile gameplay

Posted on September 18, 2019 by nicholasjoncrane 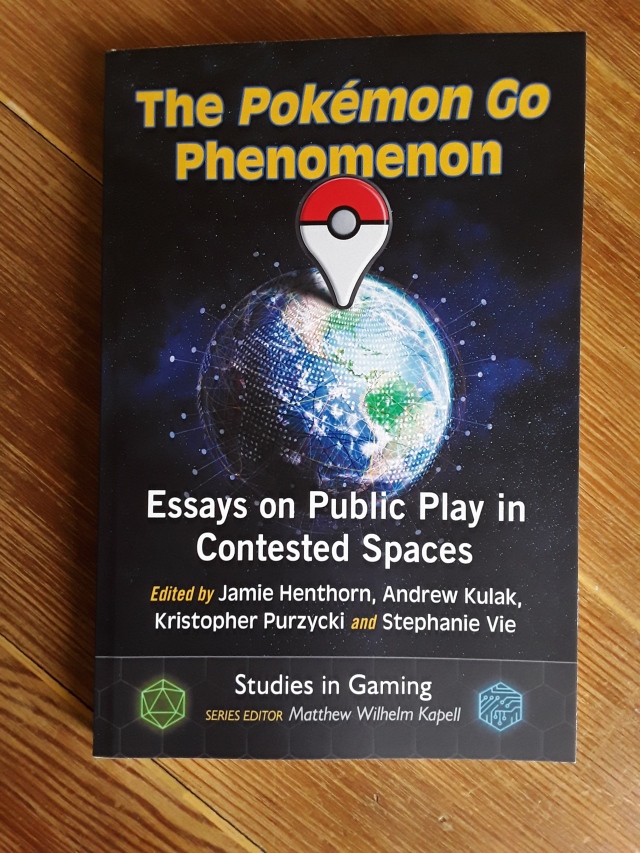 Another collaboration that began in the same iteration of my American Landscapes course as an article about which I posted earlier today resulted in a published chapter, earlier this year, as part of The Pokémon Go Phenomenon: Essays on Public Play in Contested Spaces. A then-undergraduate student William Heili wrote the paper with me and my colleague in Geography Chen Xu. The book where our chapter appears can be purchased here.

Our contribution to The Pokémon Go Phenomenon characterizes location-based mobile gameplay as a relay in placemaking. We suggest that gameplay works to transform players’ sense of place, away from a sense of place grounded in traditional assumptions of a digital-physical dichotomy toward one informed by experiences of digital-physical convergence.

More information about our contribution can be found here. I am happy to share a pdf of our chapter with anyone who may be interested.

Posted in Critical Human Geography, Cultural Geography, My publications or presentations, Young People, Youth Culture | Leave a comment
For Another Critique of the Pyramid
Blog at WordPress.com.
Loading Comments...
Comment
×